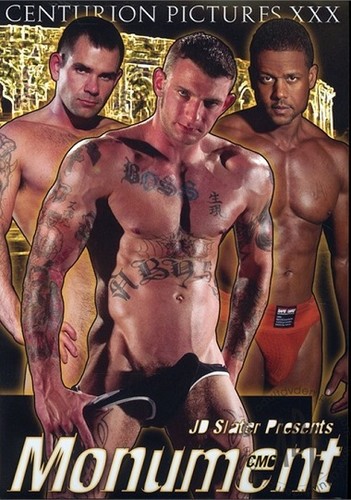 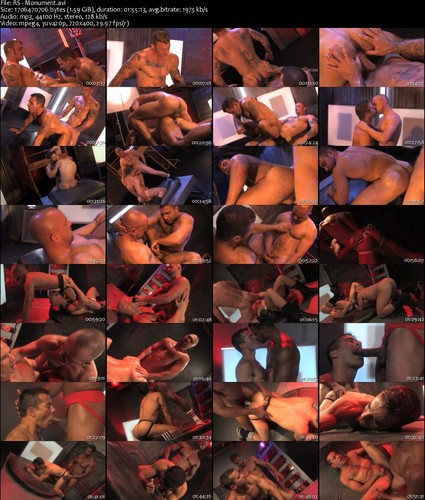 Studio Name: RagingStallion Studios
Director: J.D. Slater Jake Deckard
Stars: Vin Costes, Charlie Fabravo, Jack Bond, Ricky Sinz, Dak Ramsey, Josh West, Aron Ridge
Categories: Bald Guys, Beards, Big Cocks, Couples, Daddies, Horse Hung, Interracial, Muscled Men, Natural Body Hair, Rimming, Rough Sex, Shaved, Tattoos
Description: JD Slater presents a new chapter in dick-slurping, ass-pounding sex! Fuck your plots. This isn’t a motherfucking bedtime story! This is man-sex. This is MONUMENT. Prize fightin’ Raging Stallion Man of the Year Ricky Sinz get his ass torn up by Dak Ramsey. Ricky doesn’t give it up so often, so watching him howl as he works up and down on Dak’s major piece will make you cream yer shorts before you have a chance to see him give it back. Ricky is a mean bastard and he doesn’t play nice with Dak. Ramsey howls his way through the payback as Sinz shreds his tender hairy manhole! Two big-dicked and high-assed fireplugs Vin Costes and Charlie Fabravo slurp and suck their way from tongues to cocks to buttholes and back. These two baby-daddies are well matched. Vin pummels Fabravo’s wide hairy man ass until they both cream on his bear-belly. Josh West has a monster pecker for a white guy. And Jack Bond has the big ass to match. Watching Josh split open Jack’s creamy bouncing booty will make you spooge before West does. And man does he shoot, all over Bond’s smooth backside. He comes so much you can almost imagine the warm creamy goodness running down your own crack! And last but not least, JD Slater is proud to introduce two new studs. Aron Ridge is big, black, and hotter than red coal! And fiery Latino Armando Cortez is more than up for the challenge Aron presents. As Aron’s big fucker slides in and out of both of Cortez’s holes, you’ll wonder if this hot little fucker is going to turn inside out! Both of these guys are fresh and smokin’. If you aren’t worn out by the first three scenes, this one will do you in!